Go to the German version

Premiere of our film trilogy on 10 May 2018 in Münster

During the Catholic Day in Münster (Germany), our new three-part video production will be presented, documenting the life and work of Dr. Ruth Pfau. 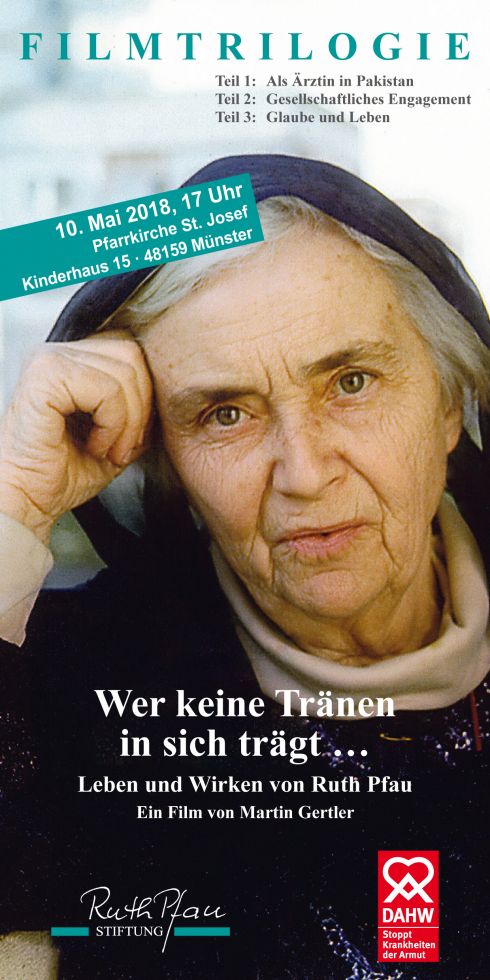 The first half-sentence of our foundation's motto - „Who bears no tears...“ is the motto and title of the filmic trilogy, which will be shown for the first time on 10 May 2018 at 5 p.m. in St. Josef (Münster-Kinderhaus) and can be called up online at the same time.

With this video trilogy we want to provide a detailed portrait of Sr. Dr. Ruth Pfau (1929 - 2017) to all those who had got to know her and her life and work, with whom we feel connected and who want to continue to support her life's work together with us.

Those who had not met Dr. Ruth Pfau personally can experience her and be inspired by her, her team and her work by this videos.

The trilogy could only come into being because numerous contributors to film reports in recent decades had contributed to capturing the many facets of this unusual doctor and nun in statements and images.

The „Mother of the Leprosy Patients“ and „Sister Dr. Ruth Pfau of Pakistan“ will make their attitude, motives and strategies comprehensible to you in statements and descriptions.

You will be able to meet her not only as a doctor and nun, but also as a manager and philosopher.

For this purpose, these three episodes were developed:

Each of the three parts is 30 minutes long. The documentaries contain video material from three decades, which has been prepared as well as possible for today's viewing expectations, but still sometimes cannot meet current quality standards.

We are very pleased to present you this new video documentation together with the DAHW!

The premiere of the film is the main part of the event „Paths of Peace – IN MEMORIAM RUTH PFAU“ on the occasion of the Catholic Day in Münster.

Between the 30-minute film episodes there will be two 15-minute breaks.

Simultaneously with their start times during the world premiere in Münster, the three films will also be available online here in this current news – available by clicking on the following title pictures of the three film parts!

And you may choose for subtitles in English and German languages.

After the trilogy, the organizers invite you to a thank-you prayer:

The DAHW German Leprosy and Tuberculosis Relief Association, the Leprology Association and the Kinderhaus Civic Association are also organizing a framework programme during in which guided tours of the museums will take place between 5 pm and 8 pm as well as drinks and snacks on the premises of the Lepramuseum.

Add this event to your iCal calendar.

1. As a Doctor in Pakistan

We accompany Dr. Pfau in her work in various regions and experience how she has managed to ensure the sustainability of leprosy control through specific supplementary programmes.

In addition to the fight against the exclusion of those affected by leprosy by their environment, Dr. Pfau was committed to the equal and betterment of women in society.

She has also been effective in helping refugees and victims of natural disasters.

How Dr. Ruth Pfau was able to shape her life as self-determined as possible and what role her faith played in it is explained in the last episode of the series.

She expresses herself very privately and intensively about some aspects of her life that had become particularly important to her.

And she says goodbye with a final word, which she had recorded for us shortly before her death.

About the author and producer

Martin Gertler accompanied Dr. Pfau for two weeks in spring 1989 on her treatment and management appointments in various parts of Pakistan.

He then produced several documentaries for DAHW and TV stations from the footage of his camera team. From this he could also use material for the trilogy that had not yet been published so far.

Several other producers and ZDF also contributed recordings from their earlier productions to his now completed trilogy.

Martin Gertler has been a DAHW member and board member of the Ruth Pfau Foundation for many years. For more than thirty years he has supported media communication about DAHW's leprosy and tuberculosis work and above all about the life and work of Dr. Ruth Pfau.

The three videos will be available online with German and English subtitles.

We will offer you a DVD version of the trilogy soon, also with German and English subtitles. 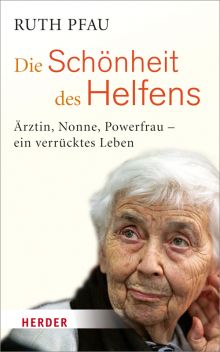 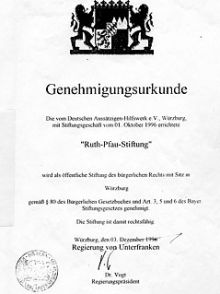 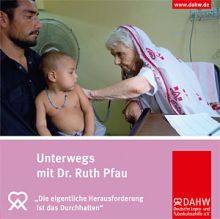